Three years after becoming a member of the Fair Wear Foundation, we can proudly call ourselves Leader. This unique Leader status demonstrates our extra efforts to put fair working conditions into practice. Together with Fair Wear, we are striving for the new normal: a textile sector in which the people who produce our collections are being treated fairly and correctly.

The unique Fair Wear Leader status has only been awarded to three Belgian companies so far. It is the reward for the many positive initiatives that we have accomplished in recent years. To obtain this result, an audit and satisfaction surveys were conducted in our Turkish factory, among other things.

The Fair Wear Foundation, of which we are a member since 2019, is an international non-profit organisation that promotes better working conditions in textile factories in 11 manufacturing countries. This independent organisation assesses clothing companies, and supports them in creating proper working conditions for textile workers. In many production countries there are still significant risks in the textile sector with regard to child labour, forced labour, excessive overtime, discrimination in the workplace, a lack of social dialogue, employment contracts and respectable salaries.

The Fair Wear Code of Labour contains eight elements, based on the principles of the United Nations and the International Labour Organisation: 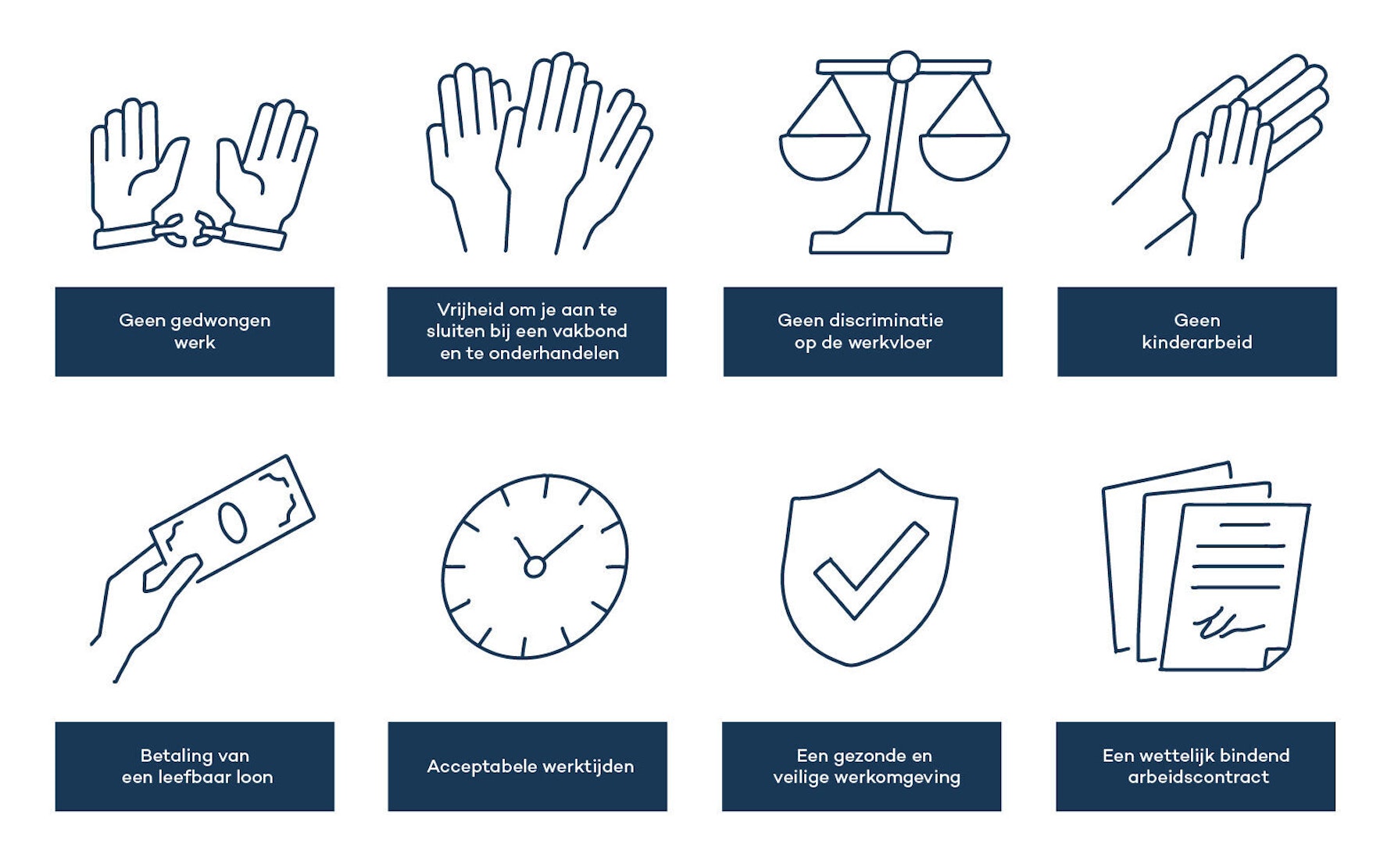 The Fair Wear Foundation regularly monitors the working conditions through factory audits and worker interviews, and publicly reports on the progress made. Brand Performance Checks are used for this, which are independent assessments of how each member brand is working to improve labour conditions in their supply chains. Members are assessed by means of a number of indicators and, based on their scores, assigned to a category that, in the case of The Woody Group, is the highest, namely 'Leader'. The unique Leader status has only been awarded to three Belgian companies.

Every employee is entitled to a good salary, and a pleasant workplace where they feel good about themselves. We offer our colleagues in our Turkish factory more than minimum salaries : they receive wages which are in line with the cost of living, as determined by the Turkish trade union, and these are constantly being evaluated and are subject to increasing inflation.

In our Turkish production work over 200 employees. They are being picked up daily by specially designed buses from different locations in Turkey. Employees with young children can use the private Woody daycare next to the production. This service is completely free, as is the warm and tasty lunch the employees receive in the company restaurant.

The Leader status is certainly not our last step in the process of becoming a proper and sustainable employer, who focuses on the world in which we operate. For example, The Woody Group is a member of Close The Loop, an initiative of Flanders DC and Flanders Circular that encourages the industry to move away from a linear system and embrace the circular model.

GAMZE, print department: "Before I started here eight years ago, I had prejudices about the textile sector. But this studio had a good reputation and that's how I ended up here. I am so happy about that, because this company is completely different. You are respected as an employee: you do not have to work overtime and there is even a daycare for colleagues with young children. There is also a lot of mutual respect: everyone helps everyone else."

OZGUL, planning department:" Years ago I was the very first employee here. In recent years, I have seen the company grow and evolve, and I have grown with it. I like my job and the working atmosphere. We laugh a lot and many of my colleagues became friends. We celebrate important moments - birthdays, weddings or the birth of a baby - together. I myself recently became a mother of my second child. It is nice to know that my baby will soon be able to come with me and be well cared for while I am at work."

Working at the Woody Group

Feel like working for a company where atmosphere, quality and sustainability are key?

The Woody Group uses cookies to make your surfing experience easier and more pleasant and to better tailor the content of the websites to your needs and preferences. You can refuse the installation of cookies, but then some parts of our websites will not work or will not work optimally.